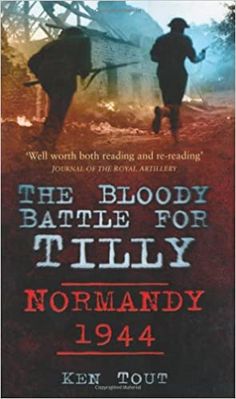 The battle for Tilly saw what was probably the worst of the infantry fighting following D-Day. The Canadian 3rd Division lost well over half its fighting men within a month, and appalling tactical errors were made by the British commanders. Drawing on eyewitness accounts and the recollections of many who were there in 1944, Ken Tout's Tilly is a fitting tribute to the British and Canadian youth, who fought, and the many who died, during the breakout from Normandy. 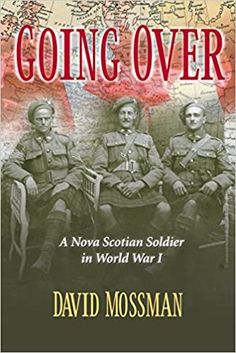 Going Over is the biography of Titus Mossman, a veteran of the “Great War” who served with the 85th Canadian Infantry Battalion (Nova Scotia Highlanders) on the Western Front. This book blends social, political and historical issues of those turbulent times with the story of one young Canadian turned soldier, caught at the sharp edge of history. This dramatic story underscores the close kinship among soldiers, the tremendous self-sacrifice, costs and dubious glory of war, and the… 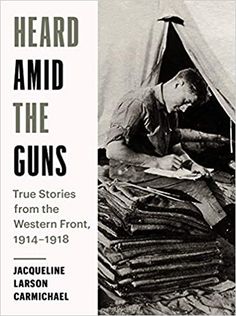 Heard Amid the Guns

Reaching beyond the battlefield descriptions, Carmichael presents unforgettable accounts filled with drama, hope, and heartbreak culled from journals and letters of Allied soldiers and nurses. Featuring profiles of people from every Canadian province and many American states, including soldiers of Indigenous, Asian, South Asian, and African backgrounds, this book is a touching tribute reflecting the human face of war. 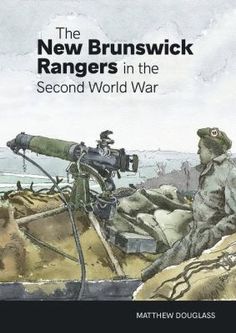 Matthew Douglass uncovers their participation in WW2: the arrival in Normandy and contributions to the battles in Belgium, the Netherlands, and Germany. Present at many of the critical moments of the campaign, the Rangers participated in the Battle of the Falaise Gap, clearing the way for the advance on Paris and Germany; the Battle of the Scheldt, securing the vital supply lines of the port of Antwerp; and the Battle of the Reichswald, when German resistance at the Rhine was finally broken. 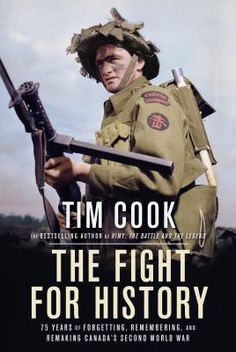 The Fight for History

By the end of the 20th century, Canada's experiences in WWII were laregly framed as a series of disasters: the fall of Hong Kong, Dieppe, and the racially-driven forced relocation of Japanese Canadians. There was little mention of Canada's role in the Battle of the Atlantic, the war in Italy, D-Day, the Liberation of Europe. No other nation underwent this bizarre re-framing, remaking victories into defeats. Tim Cook brings a more balanced view of Canada's successful and crucial role in WWII. 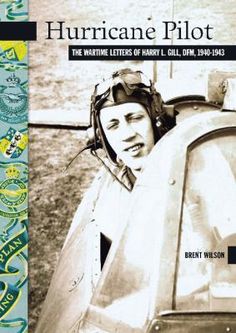 Harry L. Gill, of Fredericton, NB, enlisted in the RCAF in 1940 at 18. During his short but adventure-filled career, he flew a Hurricane fighter bomber over France, England, and India and was awarded the Distinguished Flying Medal. In 1943 he died when his airplane was shot down over Burma. Hurricane Pilot captures the perspective of a young man in the middle of a war in Europe and Asia and shows how Gill was transformed from a small-town boy to a mature fighter pilot serving in a global war 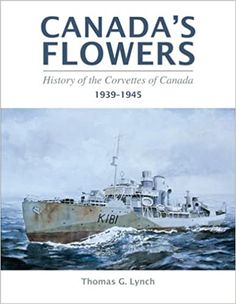 For the British and Allied navies, the corvette was a stop-gap, a "hostilities only" expedient used to fill out the escort forces worn desperately thin. But for Canada, the corvette assumed infinitely greater significance. It was the first warship the country had ever built in large numbers; so that at war's end, a complex of shipyards had been founded on each coast, and a reservoir of skill and expertise had been established, which would become the basis for the Canadian naval industry. 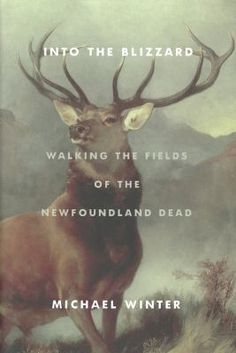 Part history, part memoir-travelogue, part philosophical inquiry, Michael Winter captures the extraordinary lives and landscapes in Europe and at home, scarred by a war that is just now disappearing from living memory. As he wanders from battlefield to barracks to hospital to hotel, and finally to a bereft stretch of land battered by a blizzard back home, he startles us with the unexpected encounters and juxtapositions that arise from walking through the places where the soldiers once… 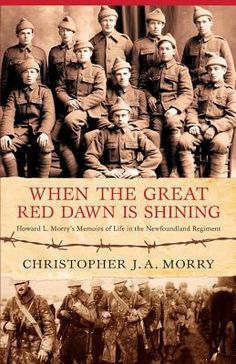 When the Great Red Dawn is Shining

On their march towards the Somme, and Beaumont Hamel, the young men of the Royal Newfoundland Regiment raised their voices to sing "When the Great Red Dawn is Shining," a song about returning home to the people they love. Howard Morry was one of the young men who managed to make it back. And now, one hundred years after the events that changed his life, we hear Morry's voice, in these pages, rising from the silence to recount his days with the famed Regiment. 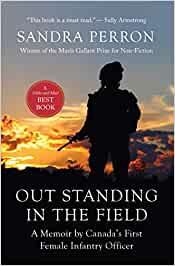 Out Standing in the Field

Sandra Perron, Canada's first female infantry officer and a member of the Royal 22e Régiment--the legendary "Van Doos"--describes her fight against a system of institutional sexism. Though repeatedly identified as top of her class throughout her training, she was subject to harassment by her male colleagues. However, through two deployments to Bosnia and Croatia, Perron forged lasting friendships with men and women in the Armed Forces. 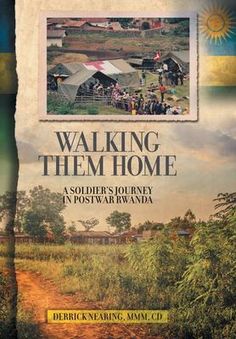 Walking Them Home...: in Postwar Rwanda

In 1994, Leading Seaman Derrick Nearing, a military medic, is urgently deployed to Rwanda, a country he has never heard of, sent on a mission halfway around the world that will colour the rest of his life. In the previous months, Rwanda has lost forty percent of its seven million people. As the Rwandans who fled the carnage return, the Canadians will come to witness the horrific aftermath of a genocide and an abysmal stain on the United Nations and the nations of the world that didn't act. 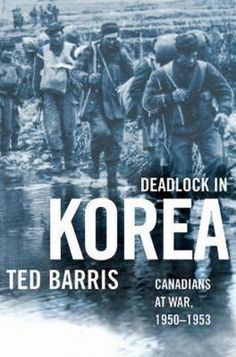 Between 1950 and 1953, nearly 30,000 Canadian volunteers joined the effort to contain communist incursions into South Korea and support the fledgling United Nations. All the services were there and all served with distinction.

This is a meticulous recounting of that difficult and vital campaign, based on official documents as well as recollections of Canadian soldiers, sailors, and airmen, covering training through the closing of the Falaise Gap that drove the Germans from Normandy. 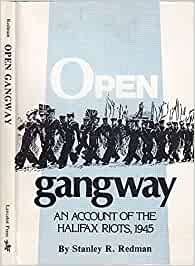 May 6, 2020. On 7 and 8 May 1945, riots broke out after poorly coordinated Victory in Europe celebrations fell apart in Halifax and Dartmouth, Nova Scotia. Several thousand servicemen (predominantly naval), merchant seamen and civilians drank, vandalized and looted. Though a subsequent federal inquiry blamed naval authority, the true causes lay in bureaucratic confusion, insufficient policing and antipathy between the military and civilians, fuelled by the presence of 25,000 servicemen. 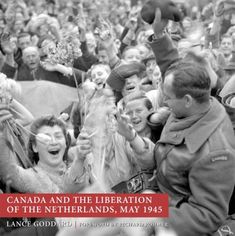 Canada & the Liberation of the Netherlands

Nazi Germany's invasion of the Netherlands in May 1940 marked the beginning of 5 years of terror for the Dutch people. They faced oppression and death with stoicism, but nothing could save them from the Hunger Winter of 1944-5, when more than 30,000 people died of starvation. In this time of despair, Canada came to the rescue, liberating the Netherlands and ending the Nazi reign of terror. The Canadians gave the Dutch freedom - and food - and forged an eternal friendship. 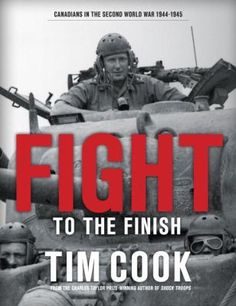 Fight to the Finish

Historian Tim Cook displays his trademark storytelling ability in the 2nd volume of his masterful account of Canadians in WWII. Cook combines an extraordinary grasp of military strategy with a deep empathy for the soldiers on the ground, at sea and in the air. Featuring dozens of black-and-white photographs and moving excerpts from letters and diaries of servicemen, FIGHT TO THE FINISH is a memorable account of Canadians who fought abroad and of the home front that was changed forever.