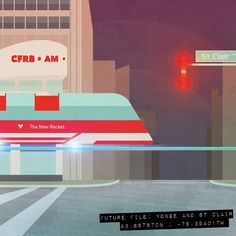 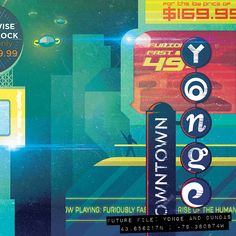 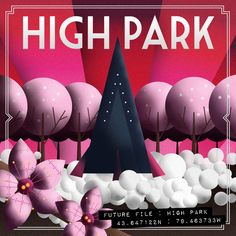 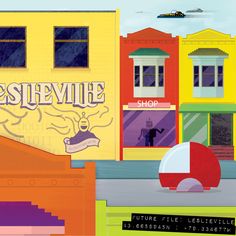 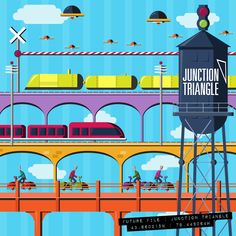 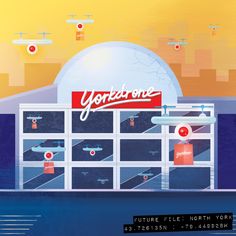 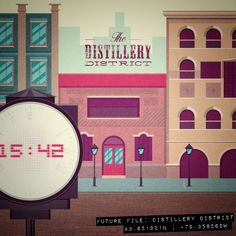 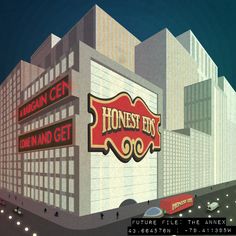 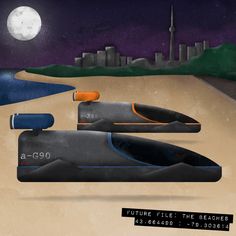 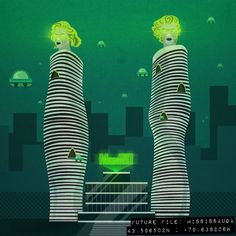 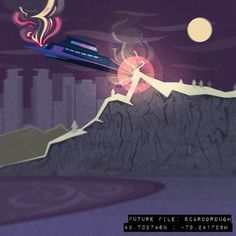 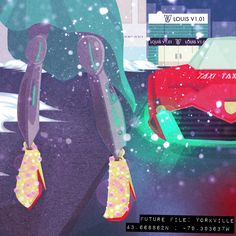 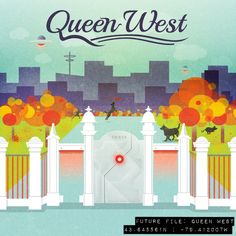 This area is home to the young and the hip. It is also home of the Toronto Recreational Nonhuman Training Yard, also referred to as the T.R.N.T.Y. Base where robotic quadrupeds are programmed and trained. These robodogs were created to help achieve order and peace throughout Toronto. Recently there have been numerous reports of missing robodogs, conspiracy theorists have even blamed aliens for stealing the quadrupeds as ludicrous as that sounds! 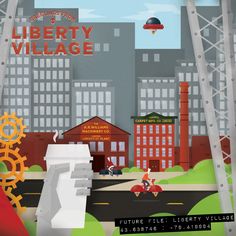 Due to the incredible density of sky-scraping condos in Liberty Village, sights of the sun are extremely limited. Humans are rarely seen throughout the neighbourhood. The robots, however, have flocked to the area in high numbers. The lack of human presence allows the robots to freely ride their hover bikes around the neighbourhood, and the minimal amounts of sun greatly reduce the solar damage to their metal. Liberty Village is the robots' trendy place to be and be seen. 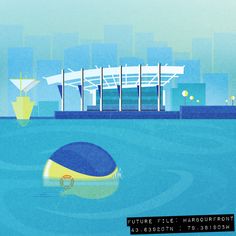 Toronto's Harbourfront area still hosts some of the city's biggest events, whether live performances or festivals. The older generation of superstitious robots stay clear of the area because of an old myth that electronics can be damaged by water. A few years from now, in 2203, the Harbourfront area will transform into an entrance for the underwater city of Oneca. The city expects to have a major upper-class human population and is known to be quite prejudice towards artificial intelligence. 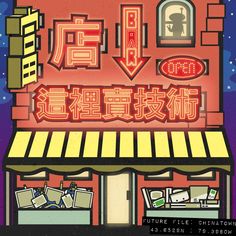 In the year 2137, Chinatown has become the gritty one-stop shop for hackable electronics. Many citizens now hack together parts and features from devices past as a hobby and pastime. The device hacking scene has come under strong regulations recently after a child made the first pistol smartphone.