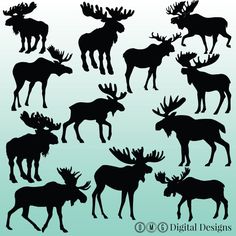 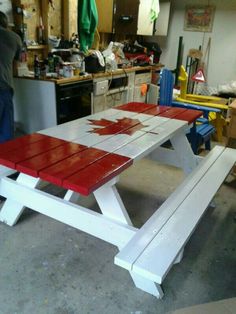 Just in time for Canada day! LOVE this!!! 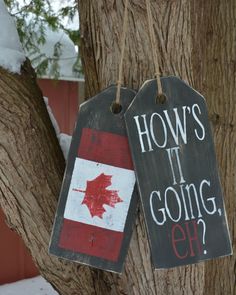 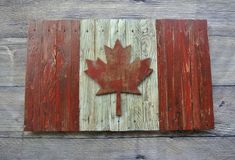 In 1964, Prime Minister Lester B. Pearson formed a committee to resolve the issue, sparking a serious debate about a flag change to replace the Union Flag. Out of three choices, the maple leaf design by George Stanley, based on the flag of the Royal Military College of Canada, was selected. The flag 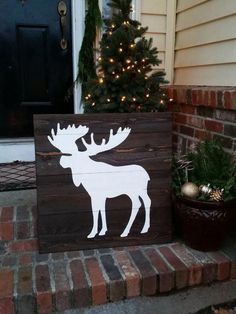 Camping Tips For Families – All You Need For Family Camping 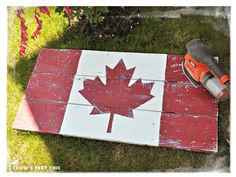 Gearing Up for Canada Day!

2006 Canada Day is just around the corner and we are looking forward to it as always. My 'little' girl just turned 10 and as soon as that birthday rolls around I know our next big celebration is not far away. Last week I got out my trusty ole fence boards and made a new sign for the mantle. Yes, I still have those hideous Canadian Tire sconces and the tile fireplace. They are closer up to the top of my hit list than they are on Mr. CF's hit list. Sigh. Start by selecting old fence boards… 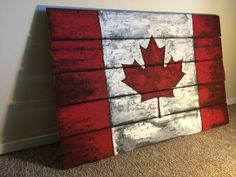 The latest craze is to work with recycled or reclaimed wood to make woodworking projects to our liking. In the following video, we will show you how to make a chest of drawers from reclaimed wood. The pallet boards and some ash tree wood left overs are used which I found at home. All cracks,... 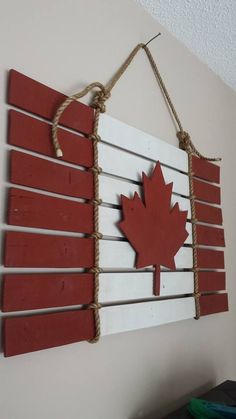 This is another project that you can do with recycled pallet woods. Pallet woods are becoming a popular craze to create items which give the furniture a nice wooden and rustic feel. This is a step by step guide on how to build this floor cabinet from recycled pallets. DIY pallet furniture is a great...