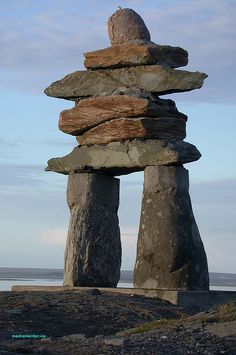 The compelling Inukshuk as photographed in Nunavut by George Lessard. 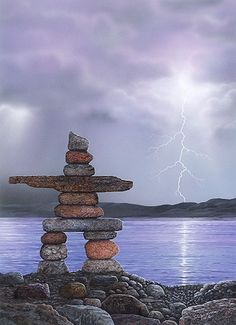 Inukshuk~~These are native Canadian Indian rock sculptures used as landmarks/navigation tools. They can be seen throughout Ontario. 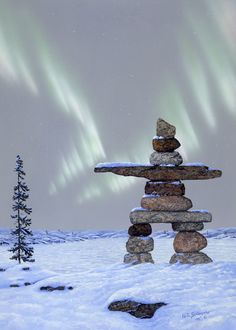 Art Country Canada has the largest collection of James Lumbers Limited Edition Prints, Giclee On Canvas and Giclee on Paper worldwide. We have access to almost every limited edition James Lumbers has created as well as original works of art by James Lumbers. 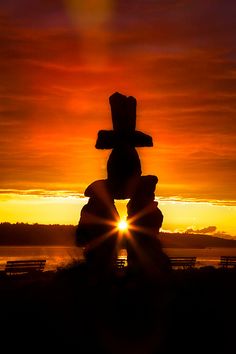 Inukshuk at sunset. A what? As we learned at the Canadian northern house exhibit, it's a stone landmark or cairn built by the peoples of the Arctic region of North America to show the way or mark a significant spot. You may have noticed that the official Vancouver 2010 Olympics logo features an Inukshuk just like this. I found out after taking this photo that this particular Inukshuk is one of the best known in Vancouver (it appears in several postcards). It also happens to be very close to… 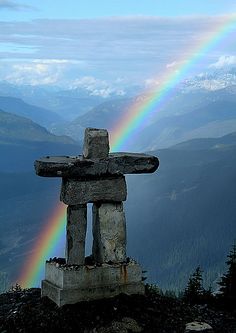 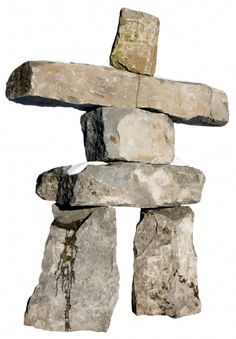 Inukshuk. Inuit heritage, though also found in Northern Canada. I'd love one built on our property. 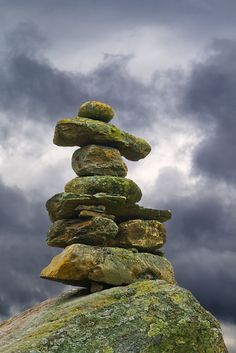 Scientists have found that Native American populations -- from Canada to the southern tip of Chile -- arose from at least three migrations, with the majority descended entirely from a single group of First American migrants that crossed over through Beringia, a land bridge between Asia and America that existed during the ice ages, more than 15,000 years ago. 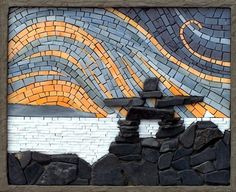 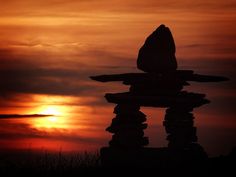 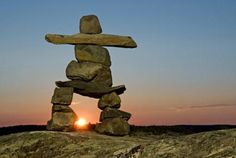 Dalton Pharma Services vision or mission statement is to make the impossible possible by providing chemistry expertise to partners in the Biotech and Pharma fields. 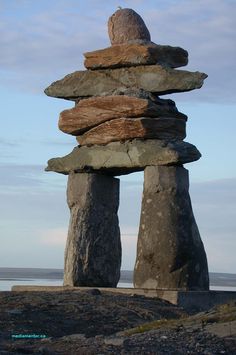 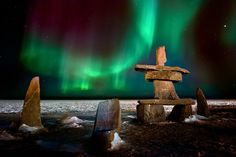 Northern Lights Over The Inukshuk in Churchill, Manitoba, Canada. Photo by Steve Perry. 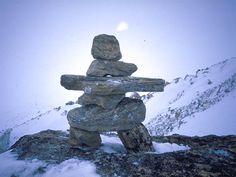 Sunday afternoon turned out to be the perfect day to spend doing an indoor activity with the girls. The rain finally came down in thick sheets after weeks of a heat wave and dry spell. With our bag full of rocks which we recently collected at our local 'Cherry Beach', we decided to create our very… 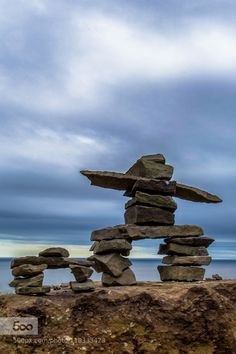