brendan-payne: “ St. Paul Street in St. Catharines, Ontario sometime in 1928. ” This is my hometown guys! 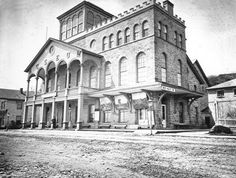 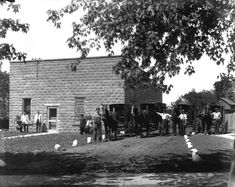 Dairyman H. C. Badger opened a “fine new dairy” on Ferry Street in 1915. “Milk was brought in from farmers in the large metal milk cans. It was pasteurised, put into bottles and then delivered to customers by milkmen who used horse drawn wagons”. - G. Seibel.

Bissell Carpet Sweeper of Canada opened in 1907 on Drummond Road, and later moved to Montrose Rd. After 77 years of making rug & carpet cleaners in Niagara Falls, the factory closed in 1984.

Originally located on River Road, the Cliff House Hotel was built in 1872 by Philip Bender. It was originally named for its cliff's edge location on the river bank, and later renamed the Queen's Hotel.In 1927, A. H. Collett purchased the hotel, dismantled the building, and had it re-erected on St. Paul Avenue with only minor changes. Today, the building is home to The Queen’s Coach Family Restaurant. Niagara Falls Public Library 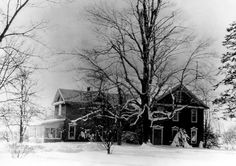 Once used as a rest stop and hospital during the War of 1812, the Lundy homestead was built in 1790 by William Lundy, one of the first settlers in the area. The property remained in the Lundy family for more than 200 years until it was redeveloped in 1997 to become Canada One Brand Name Outlets. Canada 150: Niagara Falls Then and Now. Niagara Falls Public Library. 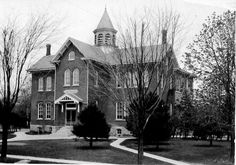