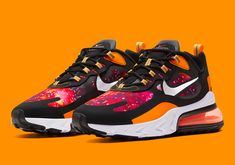 Color: Black/Metallic Silver-White-Black Style Code: CW8567-001 This Summer, Nike and Foot Locker Inc. are linking up once more for two exclusive footwear capsules including the P(HER)SPECTIVE and “Supernova” collections. The latter, which is predicated on themes relative to that of the milky way, is starting to officially unveil its lineup with detailed imagery; the latest of which is the Air Max 270 React. 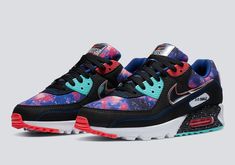 Color: Black/White/Multi-color Style Code: CW6018-001 First seen by itself back in April, this galaxy print-laden Nike Air Max 90 is part of The Swoosh’s space-themed collaboration with Foot Locker Inc., which arrives on June 20th. While adjacent Nike Air Max Plus and Nike Air Max 270 React pairs are equally as eye-catching, the Tinker Hatfield-designed silhouette’s outer space-inspired ensemble has quickly become a fan-favorite. 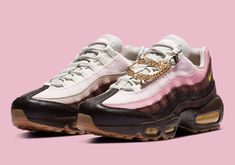 Style Code: CZ0466-200 Though much of the attention has been directed to the AM90, the Air Max 95 has operated its own quiet anniversary, delivering both noteworthy general releases and collaborations alike. After a walk down the runway with CDG as well as an eclectic partnership with size?, the silhouette is set to further expand its wardrobe with the addition of some gold jewelry. 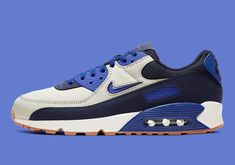 Style Code: CJ0611-102 Air Max 90s galore have been flooding 2020 in light of its 30th anniversary, and this coming weekend, the Tinker Hatfield-designed model is readying two more colorways to pile onto its growing library. Revisiting their “Home and Away” series, Nike is offering “Safety Orange” and “Royal Blue” remixes of the Sportswear staple, the latter of which has now revealed itself in more detailed fashion by way of official imagery. 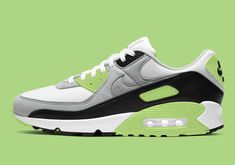 Color: Cool White/Light Smoke Grey/Black/Particle Grey Style Code: CW5458-100 While by no means on hiatus, the Nike Air Max 90 has recently allowed several of its Air Max kin to bask in the spotlight. The latest from the ’90 silhouette, however, demands all attention back on the 30-year-old design.#nikesneakers #nikeairmax90 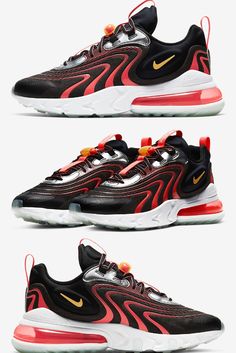 Color: Black/Pistachio Frost/Magic Ember/Topaz Gold Style Code: CW7302-001 Thanks in part to its forthcoming collaboration with Travis Scott, the Nike Air Max 270 React ENG has received a decent amount of attention. And as its OG shape was one of the best sellers since its debut, it’s possible that the modified silhouette will follow suit as it continues to amass more and more appealing colorways.#nikeshoes #nikeairmax270react 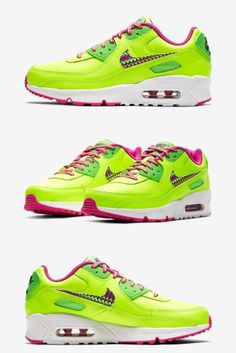 Style Code: CW5795-700 The Nike Air Max 90 has struck a healthy balance of classic and experimental releases for its 30th Anniversary. The latest addition comes in the form of a far-from-original, statement-making option for kids.#sneakers #nikesneakers #nikeairmax90 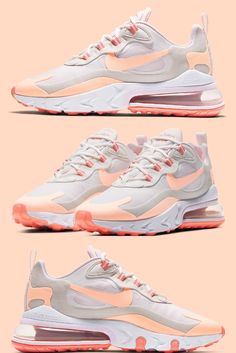 Color: Summit White/Crimson Tint/Light Violet Style Code: CJ0619-103 For the Nike Air Max 270 React, much of its garnered excitement is currently related to its upcoming collaboration with Travis Scott, but until those officially land, the lifestyle runner is keeping fans generously supplied with more GR proposals in the meantime.#nikeairmax270react #nikeshoes #sneakers 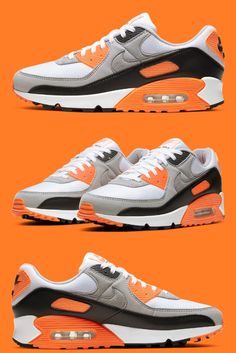 Without question, Nike’s Air Max 90 surely knows how to celebrate an anniversary as the silhouette has recently kept a busy agenda through revealings of cork-infused iterations, Air Max Day offerings, and collaborations with streetwear stalwart UNDEFEATED. And after indulging in its modernized formats, the Sportswear icon is pivoting back to its original re-crafted shape to add one more installment to its ongoing series.#nikeairmax90 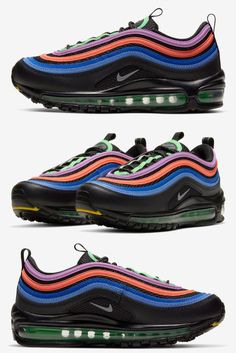 While still two years removed from its 25th Anniversary (and seven from its 30th), the Nike Air Max 97 is keeping up with its ’95 and ’90 counterparts’ 2020 rosters. The latest from the Christian Tresser-designed Air Max is a colorful option for kids. Black bases set the stage for the medley of colors found across the vamp overlays. Shades of blue, red and purple bring flair to the tonal pair in an arrangement reminiscent of the Air Max 97 Neon Seoul.#nikeairmax97 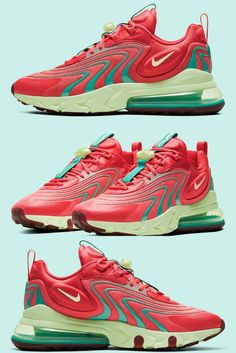 Despite being in the midst of a global pandemic, Nike has stayed relatively optimistic. And though a few Jordan Brand notables have since been postponed to later dates, the umbrella’s wealth of Summer-appropriate colorways are ostensibly on track to release as scheduled. Among pastel dyes and various vibrant schemes, watermelon seems to be the connecting thread as it’s gone from the timeless Air Max 90 to the much newer Air Max 270 React ENG.#nikeairmax270react 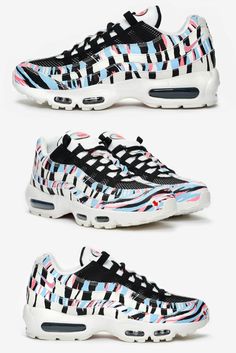 While the Nike Air Max 95 pales in sheer numbers when compared to the Air Max 90‘s anniversary roster, it boasts a healthy dozen of quality releases. Collaborations with COMME des GARÇONS and size? may be at the forefront of the 95’s 25th birthday, but Nike’s solo efforts have been equally impressive.#nikeairmax95 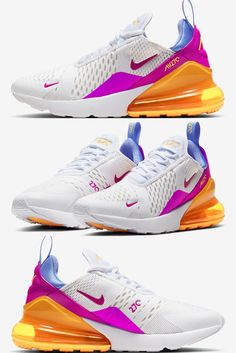 With Easter around the corner, Nike likely already has many commemorative colorways in the works, with the Air Max 270 introducing just one of the upcoming. Dressed simply — much like that of its early GRs — the pair constructs with a base of white mesh, laying a colorless foundation on which the bolder, more colorful accents can stand out. Even the laces and the majority of the tooling are understated, though they’re disrupted at the two miniature swooshes thanks to their purple dyes. 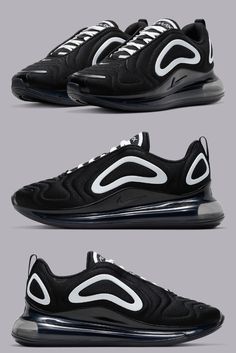 Nike Sportswear is dropping their Air Max 720 silhouette in a new black and white colorway. Click above for more information. 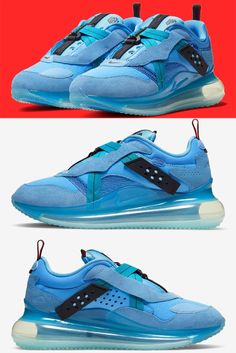 Touted for his style as well as his capability, Odell Beckham Jr. has received plenty of sneakers for both performance and lifestyle, with the bridge between often far shorter than one would expect. His diverse range of PEs have borrowed from Travis Scott collaborations, past notables, and the like, while his newly crafted Air Max 720 OBJ Slip has preferred to honor the athlete’s association to past teams.#nikeairmax720 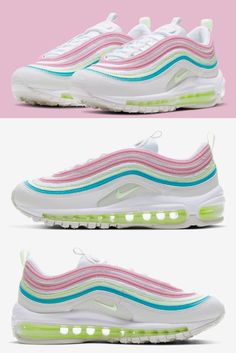 Various Nike silhouettes have recently emerged in official Easter-ready ensembles. Among them, the Air Max 97, like the Air Force 1, boasts iridescent accents and cracked-egg graphics that have become standard for the Spring holiday. The Air Max model, however, has also added an unofficial outfit perfect for the April 12th celebration.#nikeairmax97