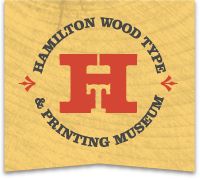 Operated by volunteers of the Two Rivers Historical Society, the Hamilton Wood Type and Printing Museum is the only museum dedicated to the preservation, study, production and printing of wood type. 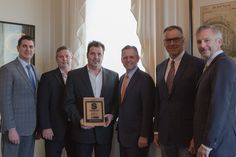 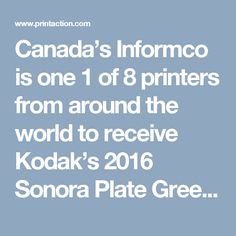 Informco of Scarborough, Ontario, is one of eight printing operations from around the world chosen by Kodak to receive its 2016 Sonora Plate Green Leaf 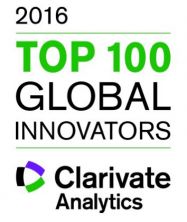 Xerox Charges Into New Year as a Top Innovator'

Xerox has been recognized as a Top 100 Global Innovator for the fifth time since 2011. The report by Clarivate Analytics, formerly part of Thomson Reuters, announced its 2016 honors for the most innovative corporations and institutions in the world determined by analyzing proprietary data. This has been a stellar year for Xerox, reported Steve Hoover, recently named CTO of Xerox.

Canon U.S.A., for the 31st consecutive year, has been ranked among the top three U.S. patent holders and for the 12th consecutive year, ranked first among Japanese companies for the number of U.S. patents granted. The patents granted demonstrate the company’s commitment to using a robust set of intellectual property rights to develop visionary solutions in consumer, business and medical areas. 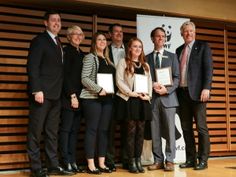 More than 200 industry leaders, students and family members on November 9 attended the annual awards night to celebrate the achievement of dozens of 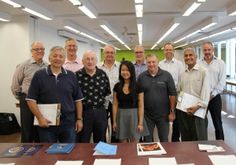 Agfa Graphics has won three Product of the Year awards at SGIA Expo for the second year straight, including two systems built in the companies Canadian 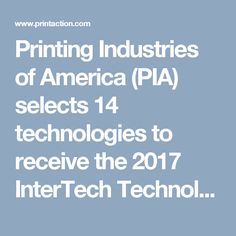 Fourteen technologies have been selected to receive a 2017 InterTech Technology Award, a program of the Printing Industries of America that first began in 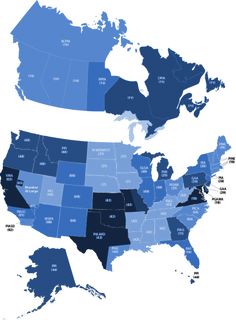 Best Workplace in the Americas

The Best Workplaces in the Americas (BWA) awards acknowledge the print and graphic arts companies that provide outstanding workplaces for their employees. Companies that want to attract and retain the best talent know the importance of investing in a great workplace.

The Canadian Printable Electronics Industry Association (CPEIA) has presented its first Startup of the Year award at CPES2017, a conference and trade show 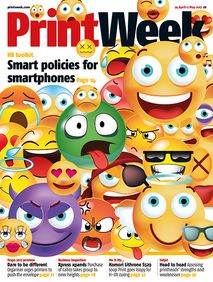 A clutch of print-related companies have been recognised in the Queen’s Awards for Enterprise.

TC Robbie of Lenexa, Kansas, part of TC Transcontinental Packaging, won the 2016 “Best of the Best” Workplace in the Americas Award by the Printing Industries of America.